Skip to primary content
Skip to secondary content
He said this is supposed to be my pink fluffy laptop. I don`t agree. :P I can`t understand men nowadays. Why are they asociating blondes with pink ? I really can`t figure that one out, I probably need some guidance. :)
Ah, you`ll have to excuse him, he`s a duck. :)))))))) 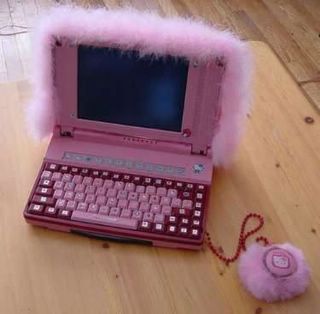